Get serious on water, back moratorium 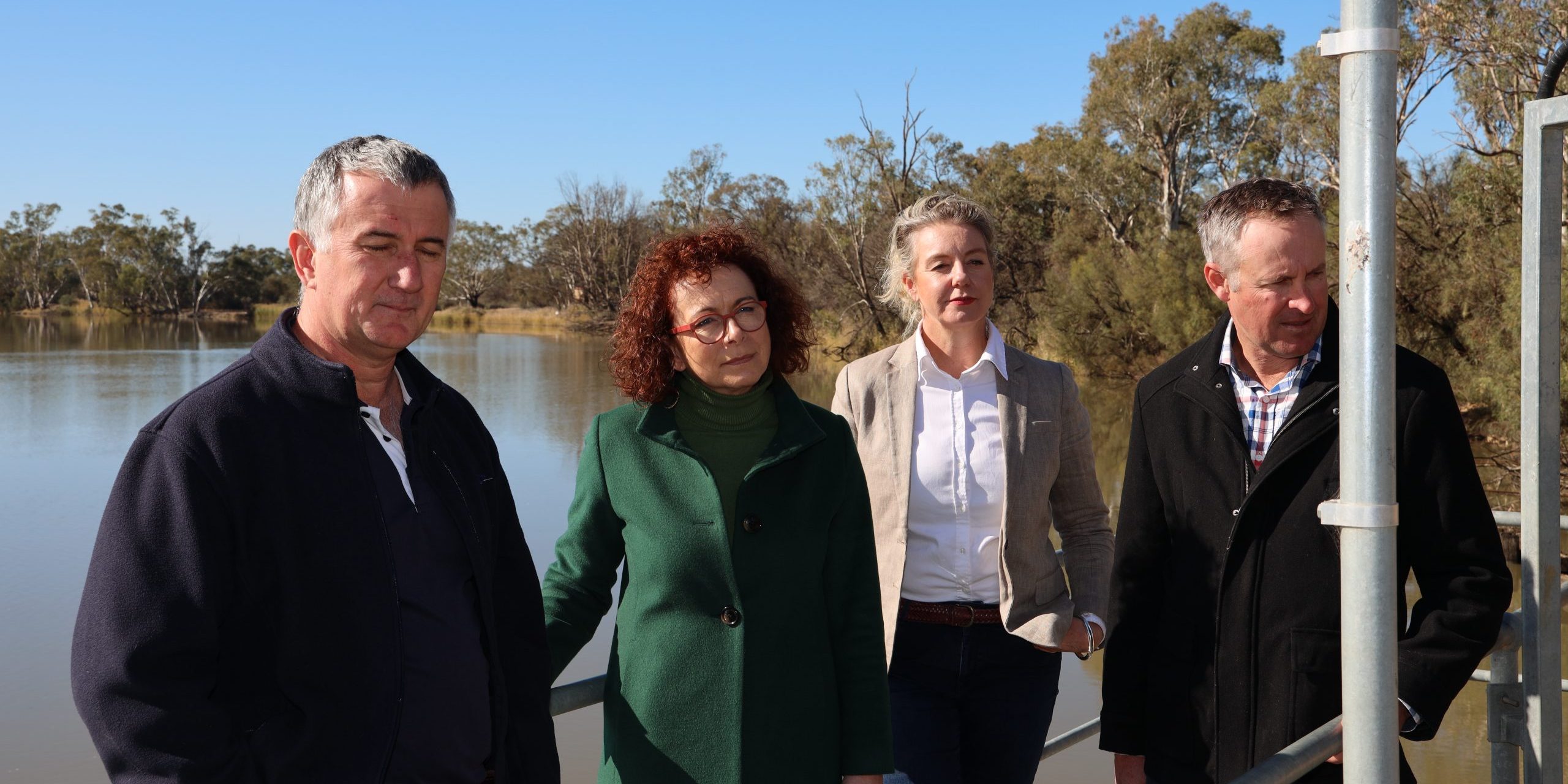 Enough is enough. Victorian Nationals stand united to fight for the right of Victorian irrigation communities to access sustainable and affordable water, to prevent further devastating social and economic impacts.

The moratorium on new development adopted in Victoria is a good first step.  No new licences for extraction should be issued, or limit increases granted, unless it can be shown there will be no increased risk to the environment or entitlement holders.

Water demands for horticultural crops in the southern Basin are already higher than estimated.

“It is clear our communities don’t have enough water now. As new plantings including almond orchards mature in coming years, demand is only going to increase,” Senator McKenzie said.

“We say to NSW and South Australia: “Back a moratorium, no more extraction licences, no more water extraction increases below the Barmah Choke.”

“For months we have been calling on NSW and South Australia to follow Victoria’s lead by putting a moratorium on development downstream of the Barmah Choke,” Ms Ryan said.

“Communities in northern Victoria are at breaking point. Our communities are hurting. Enough is enough. NSW and South Australia need to get on board with a moratorium on any further development to protect existing entitlements downstream of the Barmah Choke and the health of the river.”

Member for Nicholls, Damian Drum said a targeted approach was needed if the southern basin was to meet ever-growing water demands.

“Whether it is investigating the feasibility of building Big Buffalo to create more storage capacity, or all states backing a moratorium on development,” Mr Drum said.

Member for Mallee, Anne Webster said, “Irrigators in Mallee and across Northern Victoria have borne a significant burden from the implementation of the Basin Plan.

“There must be no more water recovered from irrigators or the consumptive pool,” Dr Webster said.

“It is not possible for our already hurting irrigation communities to lose any more water. It is time for genuine water action so our irrigators can get on with the vital job of feeding Australia.”