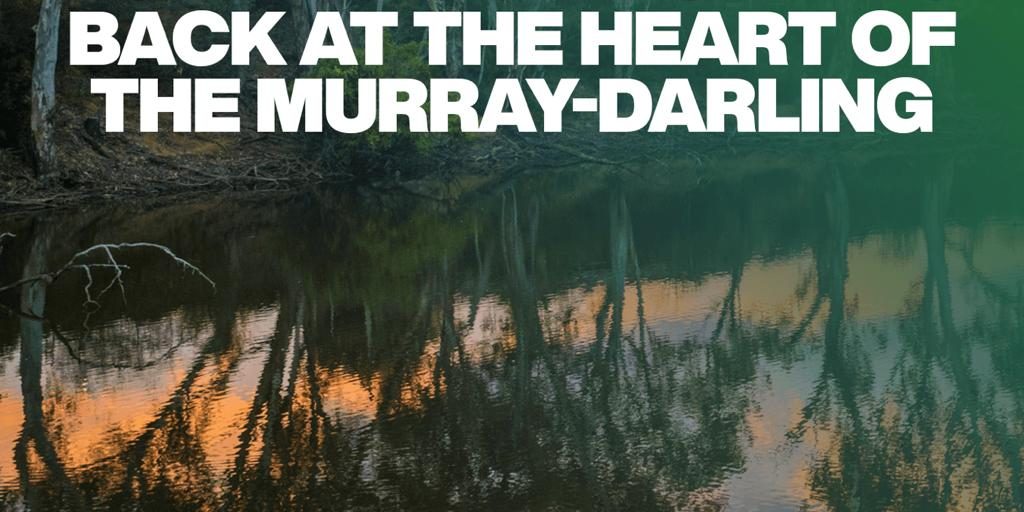 Minister for Resources, Water and Northern Australia, Keith Pitt, and Member for Mallee Anne Webster said the 11 new initiatives in the Package would keep the Basin Plan on track while ruling out water buybacks.

Minister Pitt said the initiatives were practical and realistic and based on three key themes – investing in communities, improving river health and building trust and transparency between governments and communities.

“The Murray–Darling Communities Investment Package is a way for all of us to move forward and get the most we can from the Plan,” Minister Pitt said.

“Communities have told us in no uncertain terms that they are sick of being talked at and not listened to.

“That feedback came through loud and clear in the Independent Assessment of Social and Economic Conditions in the Basin report which I released today.

“It’s time to shift our focus to engaging and involving communities in developing the solutions that are right for them and to stop treating the water recovery task as something separate.

“Strong representation from Government MPs and Senators, of community issues and concerns throughout the Basin has contributed to the reforms announced today. In fact, Anne Webster has been wearing a track in the carpet to my office, fighting for her community.

“It is why the Liberal and Nationals Government is committed to build a culture of genuine engagement and trust with communities and between governments.”

“The change the Package delivers when it comes to compliance is a win for Victorians, and people in Mallee, with a new statutory compliance role being established to separate the MDBA,” Dr Webster said.

“Our government is committing nearly $40 million to improve compliance to provide the assurance communities and governments are seeking while importantly keeping regionally-based staff in our regions.

“A total of $34 million is being allocated across basin communities who have been hit hard by water recovery, to help increase economic activity, diversify economies and create jobs through the extended Murray-Darling Basin Economic Development Program.

“$20 million is committed to the Healthy Rivers Program to fund community-driven proposals to improve the health of local rivers and wetlands.

“Four new Indigenous river ranger teams will also be implemented across the Basin.

“Importantly, this Package includes a new approach to the delivery of Sustainable Diversion Limit adjustment projects and the 450 GL to help Basin governments and communities achieve Basin Plan requirements.”

Dr Webster said she welcomed the decision that no further water would be purchased by the Commonwealth in buybacks. ‘It will be music to the ears of farmers in Mallee’.

Mr Pitt said he looked forward to working with Anne Webster and other Basin state colleagues to implement the reforms and deliver the Basin Plan.

A full list of initiatives is available in the Murray–Darling Community Investment Package available at: vicn.at/MDBP